6th Biennale of Young Greek Architects
Benaki Museum
Athens
>>>>>>>>>>>>>>>>>
The residence is located in the area of Palaia in the city of Volos, in a site where a ground level stone building with a brick addition already existed. The proposal attempts to interpret the environment of the old castle of Volos and to comment on the local architecture.

The residence is composed by four distinct units:
The first two, in which lays the common space, constitute the base of the building and contain the existing stone building and its old brick addition.

The residence is managed as a vertical dynamic filter which creates living areas with different levels of privacy, depending either on the solid volume of the exposed concrete or the perforated wooden panels, where the semi-open spaces are contained. 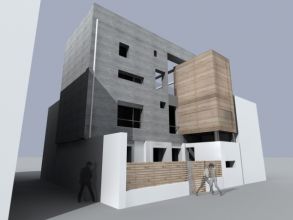 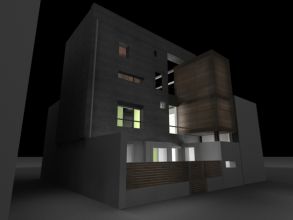 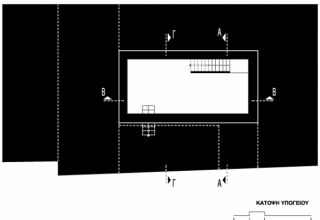 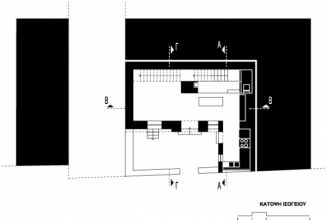 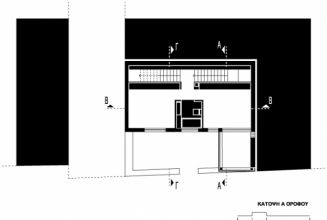 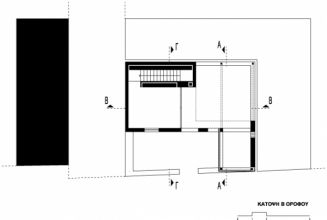 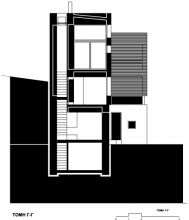 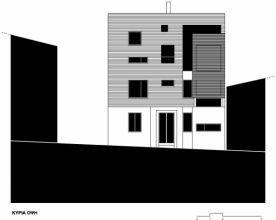