The basic idea of the design was the creation of a single exhibition space in a large near the Athen’s center for the realisation of the 11th Biennale of Young Artists in Europe and Mediterranean. Existing buildings were found next to river that crosses the Park, but they constitute two separate units, since they do not communicate with each other. For the functional and conceptual unification of those two units the creation of a new linear unit of light manufacture was opted for, which borrows in the permanent buildings and is borrowed by them basic characteristics.

In the conceptual continuum of the exhibition spaces, contributes the symbolic game between the permanent-ephemeral and traditional-modern, that is selected as an alternation between the buildings and their exhibits; the permanent buildings host more traditional forms of expression (painting, photograph, architectural) while the ephemeral manufacture the modern forms of expression (installations, video art, digital art, etc). 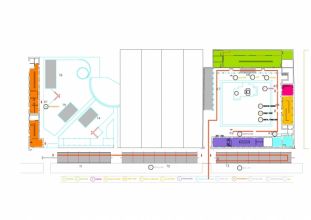 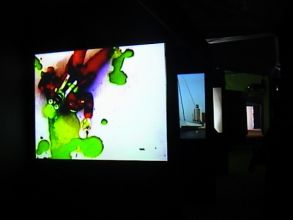 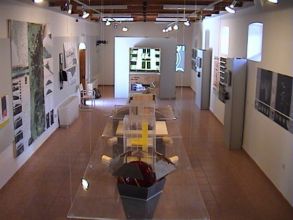