- Nominee for the Mies van der Rohe awards by SADAS-PEA
- 4th Pan-Hellenic Exhibition of Architectural Work - Patra
- The residence in Greece: from the 20th to the 21st century - Benaki Museum

The residence is situated in Ancient Korinthos in a lot in whose South part an archaeological excavation of 12mx12m has been previously taken place.

The maintenance of the “spirit” of the excavation as well as the relationship of the building with the greater surroundings of historical interest constitutes the main programmatic parameter of the design, at a symbolic and a functional level.

A square shell in projection is opted, which acts both as a stockade of the whole structure and as a borderline of the excavation space, also functioning as a reminder of its existence. Inside this square shell the residence is erected as an independent building, which pops up vertically from the ground as a “continuity” of the earlier buildings. In parallel, the Southeast part of the excavation is left visible, in order to function as an “evidence” of the history of the building continuum in the area.

The residence is developed at two levels. The elaboration of the distinct spaces is characterised, at the ground level by the continuous contact between the internal and external space, while at the up floor by the optional, open or close treatment of view through drilling of the perimetric shell. 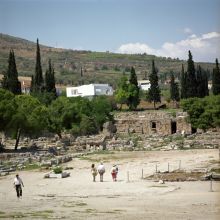 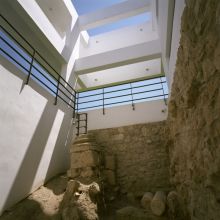 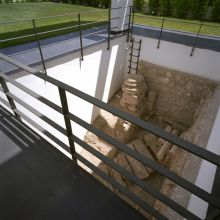 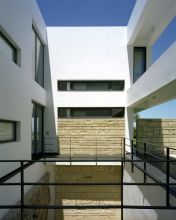 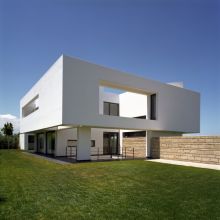 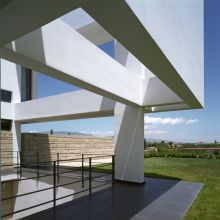 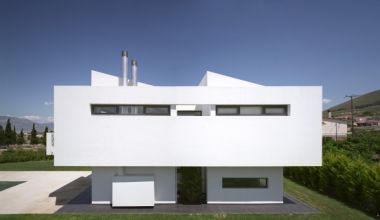 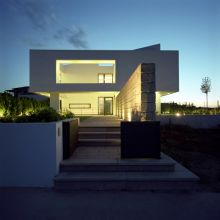 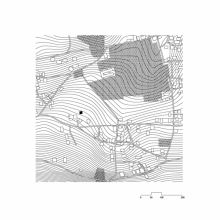