>>>>>>>>>>>>>>>>>
OFFERINGS on the road is a work in progress which investigates a peculiar form of habitation. The votive “habitation” of the roads.

Built on junctions of old or new roads, highways or even footpaths, the offerings – iconostases not only constitute a type of religious expression but also places of inhabitance. They indicate a place, as well as they bridge a time gap, as the memory of an event. They consist material expressions of a peculiar transaction between the believer and the divine. Places of praying for those who were lost, places of gratitude for those who have survived, the shrines compose the architectural landscape of a religious animism on the road network.

As an evolution of the ancient votive columns, they not only remind of an event in a specific place where people should not forget, but also compose an expanded space of memory and habitation. Just like the traces of the passing by on a street, the shrines form a network of habitats and re-locations.

These simple architectural artifacts, since the first moment of their connection with the natural environment, articulate a place which we perceive and experience as an architecturally constructed space. An offering, from the moment that is dedicated to somebody and, therefore, characterized as a place of pilgrimage, becomes a symbol and is transformed constantly by the consecutive readings – interpretations of the passing by. The offerings lead the way, define the route, protect us. The journey is transformed to a continuously expanded spatial experience which establishes the OFFERINGS as a structured space, rather than a sequence of spots. 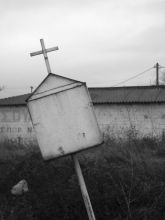 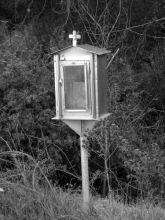 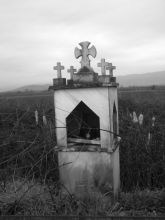 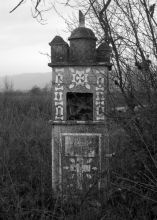 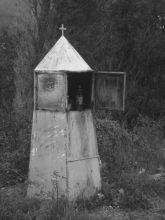 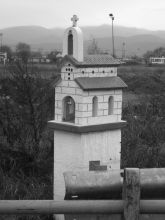 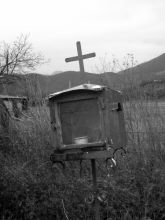 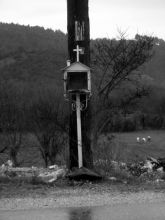 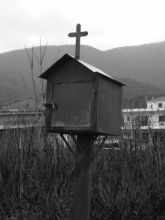 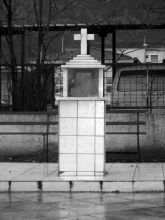 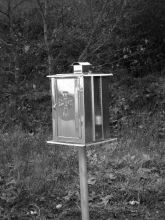 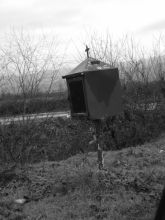 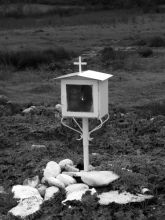 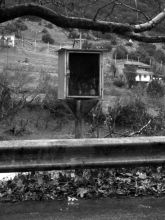