The documentary tries to shed light on the multidimensional personality of an architect who remains mostly unknown. Professor Maro Kardamitsi-Adami, who has researched his archives and who is in charge of the Modern Greek Architecture Archives of the Benaki Museum, talks about the man and his work. His oeuvre is further illuminated by the recorded frag¬ments of a conversation Despotopoulos had in 1988 with Yorgos Simeoforidis and Yorgos Tzirtzilakis. Special reference is made to his plan for the Athens Cultural Center - a bold public town-planning project - and in particular to the conservatory (Athens Odeon), the only part of the proj¬ect that was actually built, though not completed. Parts of etudes for vari¬ous musical instruments performed by students of the Conservatory are used in counterpoint as a narrative way of reading the "mystical rational¬ism" which marks Despotopoulos' work. 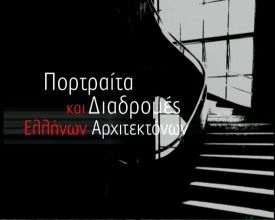 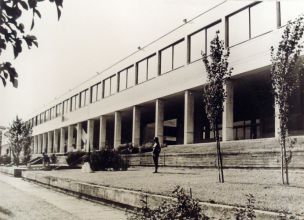