>>>>>>>>>>>>>>>>>
A bottle-space has been designed for hosting the Pin Trading Center of Coca Cola during the Olympic Games of Athens in August 2004.
The brief called for an ephemeral construction/pavilion to serve as an “exchange point” of Olympic pins, which would also function as a “selling place” of Coca Cola advertising items, as well as an entertainment area of the pin collectors or the general public.

The idea of the design was to exploit the company’s trademark, a very recognizable and iconically popular bottle, in order to produce a live architectural space, capable of communicating the festive atmosphere of Olympic happenings.

The design aimed at transforming in a latter way the cognitive and social image of a well known container into a space construction-installation and introducing the dimension of inhabitation of the bottle as a symbolic value to the company trademark’s force. The proposed design creates literally and metaphorically a new but at the same time familiar space, where the company, its communication events and the consumer are met.

The concept was to use the pop aesthetics regarding the form, colour, light, and plastic “texture” of the trademark, in order to represent the context of an illusory space. Unlike, however the “programmatic plan” of pop architecture of the 60’s and 70’s to speak ironically about the material aspects of products and the cultural affinity in the name of consumerism, the programmatic objective here was to show off the “space framing” of the product. 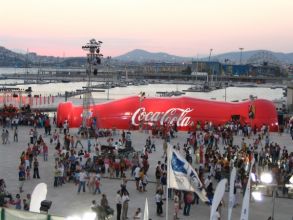 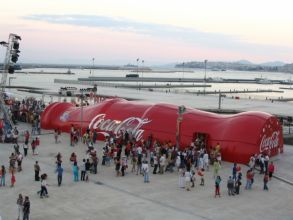 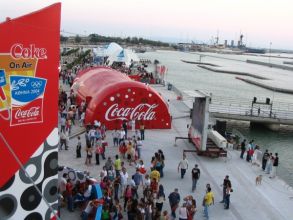 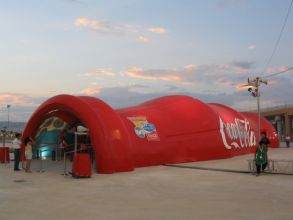 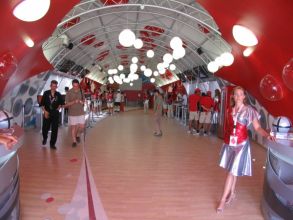 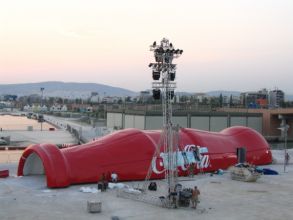 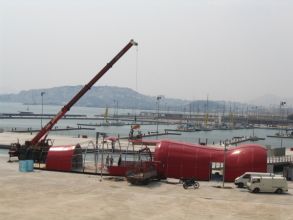 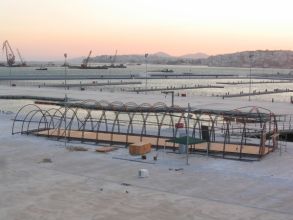 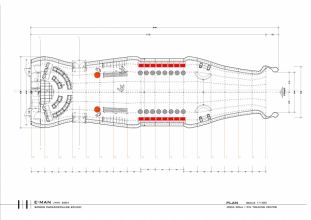 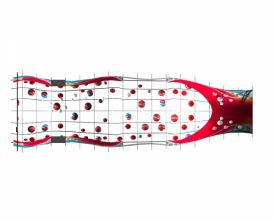